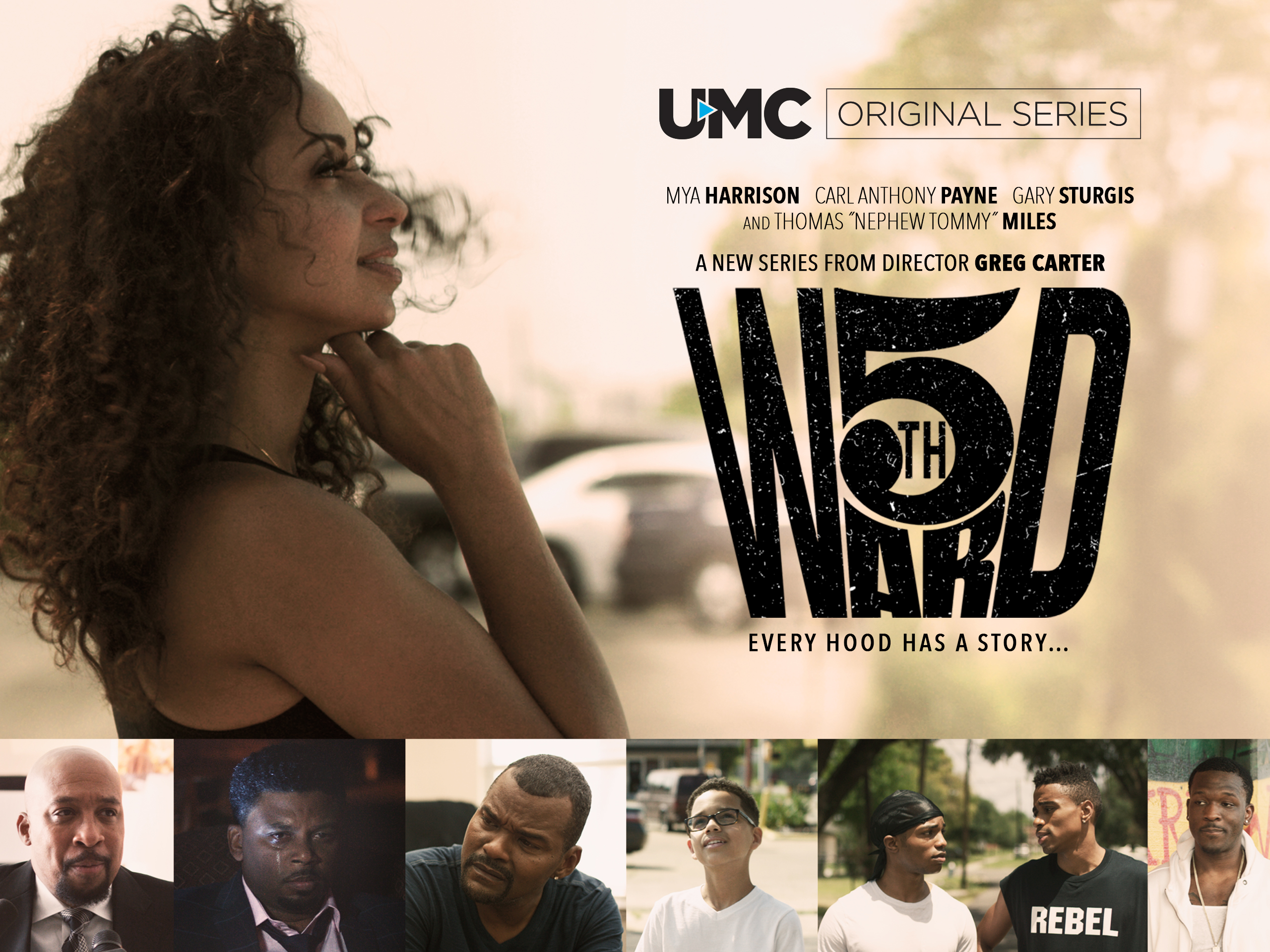 Created by Houston filmmaker Greg Carter and produced by Dominique Telson, “5th Ward” captures the gamut of problems plaguing inner city communities through the lives of several local residents and town officials. Starring Grammy Award-winning singer Mya Harrison (Chicago), the 6-episode first season centers on Mina, a widow who’s been struggling to care for her children since the death of her husband amid issues of local government corruption and prevalent gang violence. The Houston-based drama series debuted in March of last year, quickly rising to become the number one program on UMC throughout the span of its 6-week run and for several months afterward. “5th Ward” is a contemporary take on Carter’s first feature film that premiered in Austin, Tx at the 1998 SXSW (South by Southwest) Film Festival of the same name.

“We’re so excited to continue bringing viewers an intimate look at life in inner city communities through the stories of the diverse characters that make up this show,” said creator Greg Carter and producer Dominique Telson. “UMC has given us the freedom to create and the support to execute this show in a way that has remained true to our vision. We can’t wait for audiences to join us on another journey through Houston’s 5th Ward.”

“5th Ward” is produced by Greg Carter and Dominique Telson in association with Nexus Entertainment.