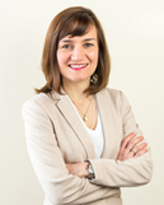 Ms. George was appointed as General Manager of UMC – Urban Movie Channel in March of 2018. Prior to that she was the Company’s first Chief Marketing Officer from January 2017 to March 2018 after serving as President, US managing North American distribution for four years and spearheading the integration of Acorn Media and Image Entertainment, which were acquired by the Company in October 2012. Before this integration, Ms. George served as Vice President of Sales & Marketing for Acorn Media after progressing from her first role with Acorn as Marketing Manager in 1999. During this time, Ms. George helped to build Acorn’s brand profile as the “chief curator of the best Brit TV” (TIME magazine) and grew the brand’s footprint across retail while developing a growing business in the digital home video market. Ms. George came to Acorn from technology sector company Icarus Corporation where she advanced from product marketing to managing sales and marketing efforts for Latin American markets.