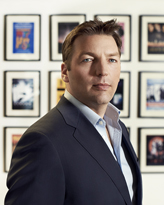 Mr. Shaw was appointed as the Company’s Managing Director of RLJE International in September 2014. Based in London, Mr. Shaw manages the distribution business outside of North America. During his time at RLJE, the international business has moved from one which was mainly focused on physical product in UK and Australia to one that has fully embraced both digital transactional sales but also looks to distribute all rights in all international territories. Mr. Shaw came to RLJE from Miramax where he managed the international home entertainment business as well as selling rights throughout Europe and the Middle East. Prior to that Mr. Shaw had various marketing and commercial roles at Paramount, Universal and BBC Worldwide.