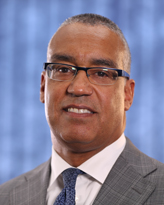 Mr. Royster has served as a member of the Company’s board of directors since January 2014. In October 2017, Mr. Royster joined United Negro College Fund as Chief Financial Officer. Prior to October 2017, Mr. Royster co-founded two companies in the education sector – Latimer Education, Inc. (or Latimer) and Maarifa Edu Holdings Limited (or Maarifa). Since September 2009 he has served as Chairman of Latimer and, since August 2014, as Chief Executive Officer and later Chairman of Maarifa. Latimer, based in Washington, DC, is an education company serving the higher education needs of African-Americans in the USA, and Maarifa is an education company that acquires and operates private universities in Africa and is based in Mauritius. From November 2008 until the formation of Latimer, Mr. Royster was engaged in planning for the formation of Latimer and acted as a consultant to several companies. Mr. Royster served as Executive Vice President of Business Development and Chief Financial Officer of DigitalBridge Communications, an early-stage wireless technology company, from January 2008 to November 2008. From 2006 to 2008, Mr. Royster was a member of the board of directors for HRH, Inc. (NYSE: HRH), an insurance brokerage firm. Between June 1996 to December 2007, Mr. Royster served as Executive Vice President and Chief Financial Officer of Radio One, Inc., now known as Urban One, Inc. (NASDAQ: UONE and UONEK), an owner/operator of major market radio stations and other media assets.