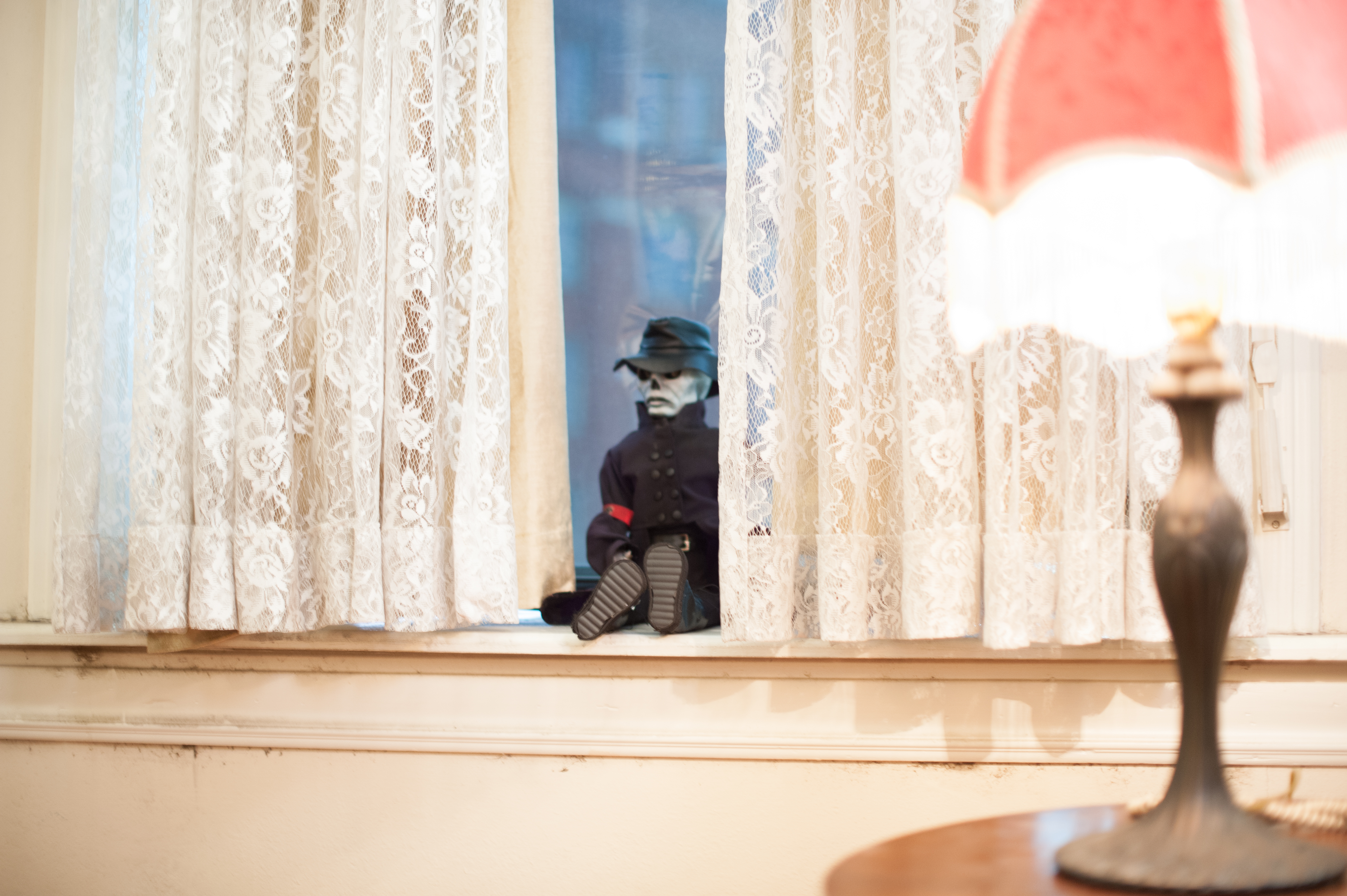 Dallas Sonnier and Amanda Presmyk produced Puppet Master: The Littlest Reich for Cinestate, the Texas-based entertainment company that recently acquired Fangoria magazine.  This shall be the first feature released under the resurrected Fangoria label.  Sonnier and Zahler courted original franchise creator Charles Band for the right to produce an all new take on the idea, with Band serving as Executive Producer.

“We are incredibly excited to be able to bring the first film under the new Fangoria brand to audiences this summer,” said RLJE Films’ Chief Acquisitions Officer Mark Ward. “With an amazing script from S. Craig Zahler and performances from horror legends Barbara Crampton and Udo Kier, we know Puppet Master: The Littlest Reich will thrill fans of the original films and new audiences alike.”

In Puppet Master: The Littlest Reich, recently divorced and reeling, Edgar (Lennon) returns to his childhood home to regroup his life. When Edgar finds a nefarious looking puppet in his deceased brother’s room, he decides to sell the doll for some quick cash at a small-town convention celebrating the 30th Anniversary of the infamous Toulon Murders. Girl-next-door Ashley (Pellicer) and his comic book shop boss, Markowitz (Franklin), join Edgar for the doomed road trip. All hell breaks loose when a strange force animates the puppets at the convention, setting them on a bloody killing spree that’s motivated by an evil as old as time.

In addition to the talented cast and filmmakers involved in Puppet Master: The Littlest Reich, the legendary Fabio Frizzi (Zombi 2, The Beyond) composed the score for the movie and two-time finalist of Syfy’s FACE-OFF, Tate Steinsiek, served as puppet creator/SFX artist.

Puppet Master: The Littlest Reich maintains all of the brutally inventive puppet kills infused with the comedic tendencies that made the original franchise so popular with fans, while expanding upon Toulon’s backstory and developing richer dialogue, characters, and narratives.

The original Puppet Master is an American horror movie franchise that focuses on a group of anthropomorphic puppets, each equipped with their own unique and dangerous device. Produced by Band and his Full Moon Features label, the series was established in 1989 with the eponymous first installment, which has since been followed by numerous sequels, comic books, collector’s items and toys.

Ward and Jess De Leo from RLJE negotiated the deal with Sonnier on behalf of Cinestate.