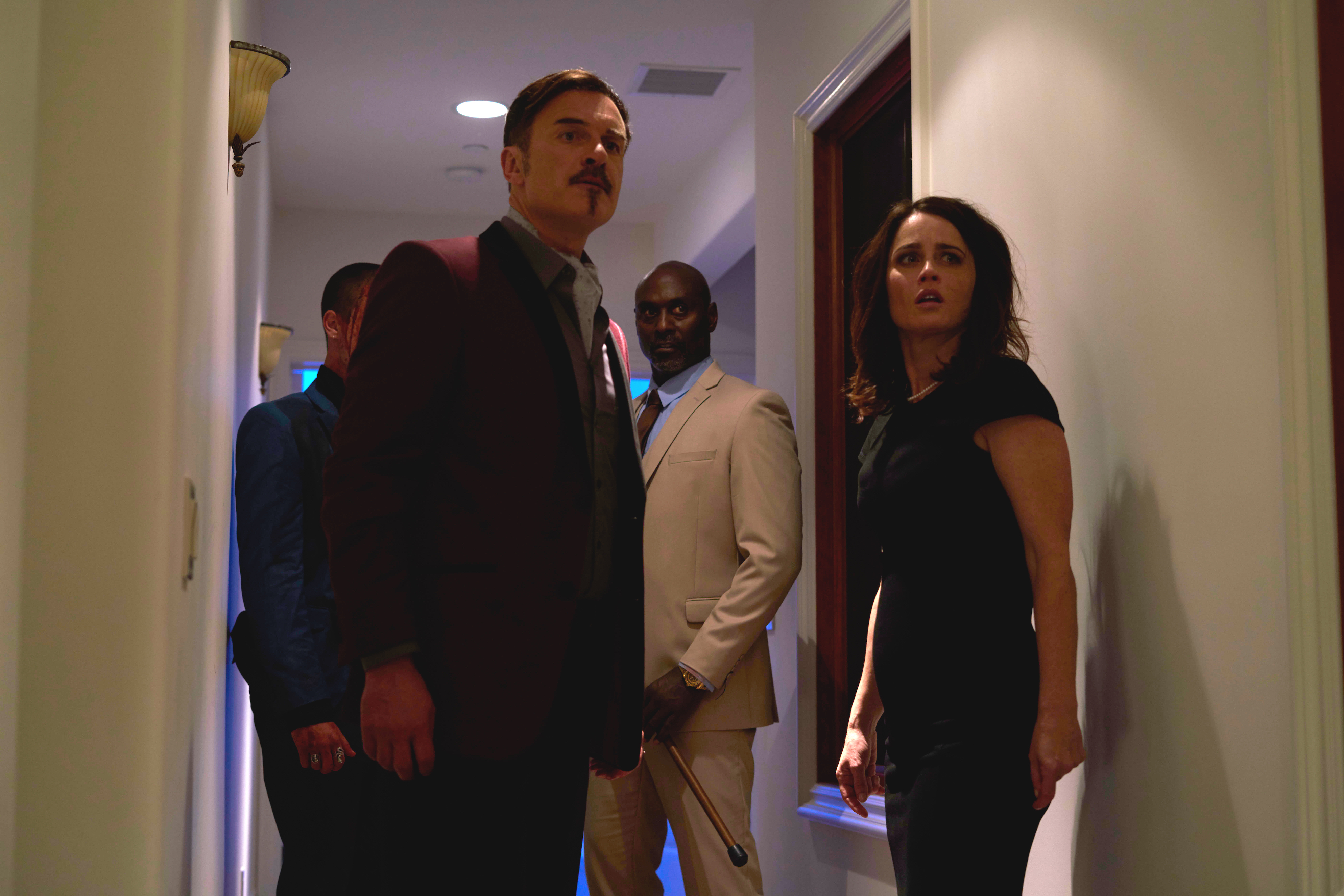 “We’re excited to release Monster Party this November,” said Mark Ward, Chief Acquisitions Officer at RLJE Films.  “With the combination of established actors who already have followings of their own, and young up-and-coming talent just breaking through, we know there will be a wide audience drawn to this incredibly clever horror/thriller that is loaded with twists and turns.”

The story follows three thieves who plan a daring heist posing as waiters at a fancy Malibu mansion dinner party in hopes of paying off an urgent debt. When their plan goes horribly wrong, the trio realizes the dinner guests are not as innocent as they seem and their simple cash grab becomes a violent and desperate battle to get out of the house alive.

“Chris von Hoffman’s storytelling is both entertaining and intense,” said Producer Jesse Berger at Dark Web Productions. “It has been an incredible experience working with the creative team to bring this rollercoaster ride of a film to life.”

Ward and Jess De Leo from RLJE negotiated the deal with CAA on behalf of the filmmakers.