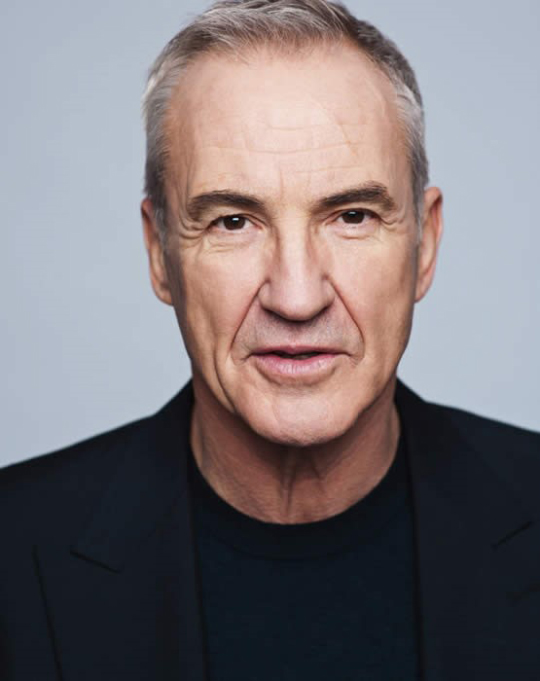 September 13, 2018 – Larry Lamb (EastEnders, Gavin & Stacey, New Tricks) is set to take center stage in Pitching In, a new family drama for BBC One Wales and BBC One Daytime.

Made by the highly acclaimed LA Productions (Broken, Moving On), Pitching In is set around a caravan park on the north Wales coast. It tells the story of three generations of the same family, all struggling to make the best of a very unusual – and sometimes very difficult – situation.

Acorn Media Enterprises, RLJ Entertainment’s UK development division, is the North American and Australian co-production partner and will feature its North American debut on Acorn TV as an Acorn TV Original Series. International distributor ZDF Enterprises is distributing in the rest of the world. Filming began on Monday, September 10 in Wales.

Larry Lamb said: “Eleven years after Gavin and Stacey burst onto the scene I’m heading out west again, switching Barry Island for Anglesey this time!  I’m delighted to be playing the role of Frank in Pitching In – it’s a touching, funny and romantic story and a fascinating glimpse of life on the north Wales coast.”

BBC Cymru Wales Head of Commissioning Nick Andrews said: “We all need more ‘feel good’ in our lives and this warm family drama promises to be just that. Pitching In is a comedy drama about family, friendship and community, which will showcase the beauty of north Wales.”

BBC Controller of Programming and Daytime Dan McGolpin said: “Hot on the heels of their RTS award for Moving On, this is a new drama from LA Productions and also a new collaboration with BBC Wales. It’s a welcome addition to the BBC Daytime drama slate and our audience are going to enjoy getting to know these naturally funny characters and their life struggles in the beautiful countryside of north Wales.”

Colin McKeown from LA Productions said: “Drama can take many shapes and forms and impact on an audience by informing, educating and fundamentally entertaining. Yes it’s important when it’s socially relevant but it’s also equally important when it simply makes you laugh. Pitching In provides an audience with a lovely feeling of wellbeing and hopefully provides a warm smile.”

Catherine Mackin, Managing Director of Acorn Media Enterprises, said: “We’re thrilled to be working with BBC Wales, BBC One, and LA Productions on another high-quality production. With a stellar cast led by Larry Lamb and Hayley Mills, gorgeous setting, and highly enjoyable script, we know Acorn TV’s subscribers will enjoy this new series.”