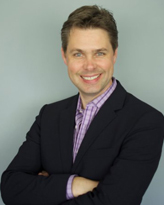 Mr. Pears was appointed as the Company’s President of US Distribution in January 2017.  From June 2014, Mr. Pears served as the EVP of Content Sales for RLJ Entertainment, where he oversaw all non-physical sales (digital, broadcast, VOD, etc.) activities for the company.  Mr. Pears is a seasoned entertainment distribution executive, with over 20-years of film, TV and music sales and distribution experience.  He has represented some of the largest and most recognizable brands in entertainment, helping them generate revenue from virtually every digital and physical distribution outlet in the industry.  Mr. Pears began his career as a Business Strategy Consultant for Ernst & Young, specializing in the intersection of digital media and entertainment.  In 1998 Mr. Pears joined the Recording Industry Association of America, and amongst other things was responsible for launching SoundExchange, a performance rights organization that now represents over 12% of the US recording industry’s revenue.  After a period as an entrepreneur running his own start-up, Mr. Pears moved back into entertainment distribution in 2007, driving the launch of Vivendi Entertainment’s digital distribution business and eventually moving to Cinedigm, where he served as the VP of Digital Sales. Mr. Pears holds a BSc. Joint Honors Degree in Engineering and Management from King’s College London.