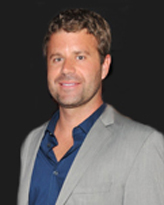 Mr. Ward was appointed as the Company’s Chief Acquisitions Officer, Feature Film Division in March 2015. From May 2010, Mr. Ward served as Vice President of Acquisitions of Image Entertainment, Inc., which was acquired by the Company in October 2012. He is responsible for acquiring all content for the feature film division, which includes such hits as BONE TOMAHAWK and THE COBBLER with Adam Sandler. Mr. Ward was instrumental in streamlining the overall acquisition strategy, including the Day and Date theatrical model. Previously, Mr. Ward had a 10-year career at Anchor Bay Entertainment, a division of Starz, overseeing Acquisitions and Product Development. Mr. Ward holds a dual degree in Management and Marketing from Ohio University.