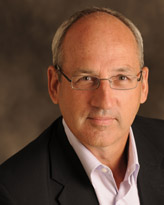 Mr. Stevens was appointed Chief Content Officer of Acorn in November 2017.  From October 2012, Mr. Stevens served as President, Acorn TV, Content Acquisitions and Development. His responsibilities include overseeing all content development, production and acquisition for the Acorn Brand Globally.  From November 2007 to October 2012, he served as President of Acorn US for Acorn Media Group, Inc., which was acquired by RLJE in October 2012. Throughout his 10-year history with the company he has been focused on the expansion of the Acorn Brand including the transition to digital platforms, the acquisition of key content including Foyle’s War and Agatha Christie, the development and launch of Acorn TV and the creation of Acorn Media Enterprises our UK production entity. Before joining Acorn, Mr. Stevens was senior vice president of New Product Development for AARP Services the 40 million member association. Previously, Mr. Stevens had a 23-year-career at Time Warner, rising to Executive Vice President of Time Life U.S., where he oversaw all U.S. business for the company. Mr. Stevens was President of Time Life Music during its most dramatic upsurge in revenue growth and spent 13 years at HBO in various sales and marketing positions before beginning his career as a Media Supervisor at Young and Rubicam in New York City. Mr. Stevens holds a dual degree in Management and TV/Radio from Syracuse University’s Newhouse School of Public Communications and has a Master’s Degree in Business from Columbia University.