Britain’s DELICIOUS and Ireland’s STRIKING OUT 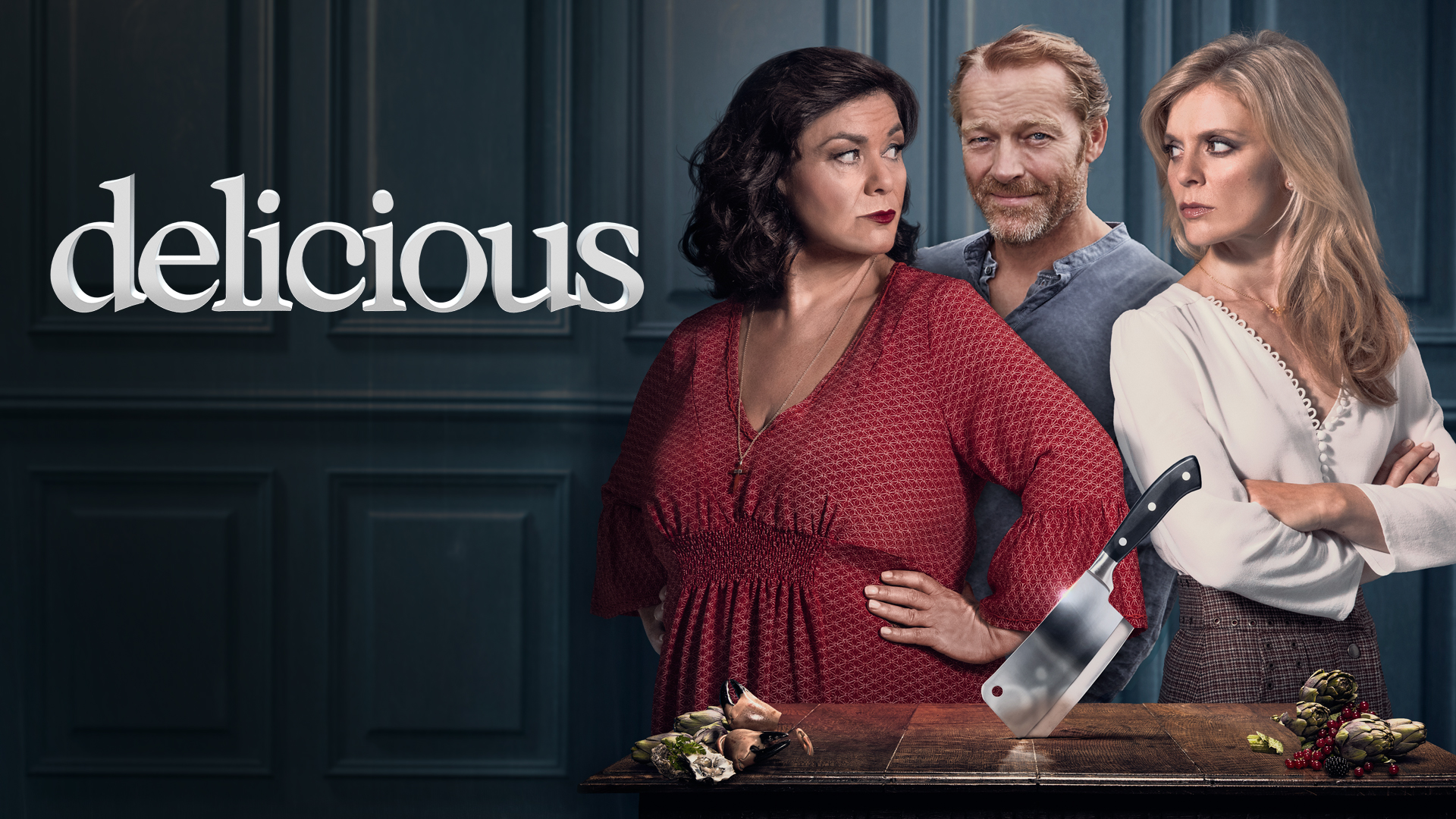 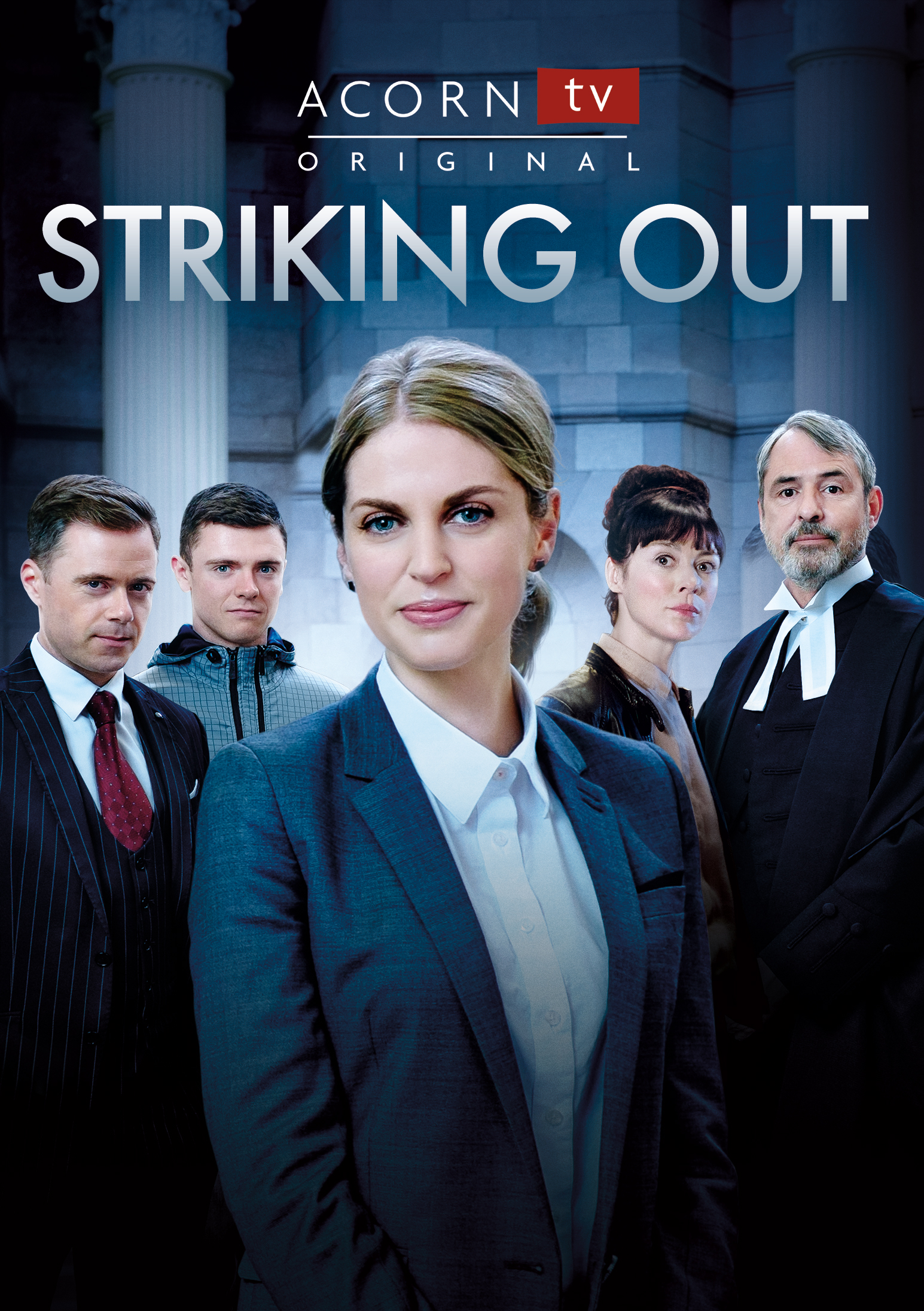 and the seasons finales of addictive dramas

Silver Spring, MD; February 8, 2018 – Following the recent U.S. premieres of two more must-see Acorn TV Originals in BAFTA-winning comedy DETECTORISTS, Series 3 and star-studded ITV drama GIRLFRIENDS, Acorn TV’s March slate features new episodes of two of its most popular series from 2017 with the return of #1 Irish drama STRIKING OUT, Series 2 (Trailer) and British drama DELICIOUS, Series 2 (Trailer). Award-winning legal drama STRIKING OUT stars 2017 IFTA Award winner for Best Actress Amy Huberman and Neil Morrissey (Line of Duty, Good Karma Hospital)¸ who recently made a splash in the U.S. with their fun panel at the Television Critics’ Association’s winter session. While DELICIOUS is an addictive drama with food, love and infidelity at its heart and stars Dawn French (The Vicar of Dibley) and Emilia Fox (Silent Witness). STRIKING OUT is an Acorn TV Original Series co-produced by Acorn Media Enterprises, while DELICIOUS is licensed through Endemol Shine International. All new episodes of both seasons will be available all at once.

Mark Stevens, Chief Content Officer of Acorn Brands at RLJ Entertainment, noted “Our top priority remains satisfying our passionate subscribers with high-quality, commercial-free international series and hidden gems they can’t find anywhere else. After starting off the year with rave reviews for Acorn TV Originals Detectorists, Series 3 with BBC One and Girlfriends with ITV, we’re thrilled to offer our rapidly growing subscriber base new seasons of two of their favorites – Delicious and Acorn TV Original Striking Out. With Delicious crafting a tasty combination of food, love and lots of drama and Striking Out featuring a mesmerizing, award-winning performance from Amy Huberman, Acorn TV subscribers will thoroughly enjoy these new episodes.”

“If you like shows about rich people having affairs, shows about food or shows with Game of Thrones actors, consider this your personal jackpot.” –The New York Times

“The surprises pour down in a rich cascade… beautifully done, with humor, drama and human complexity” –TV America

Dawn French (The Vicar of Dibley) and Emilia Fox (Silent Witness) star in this British drama series about food, love and infidelity in Cornwall. In Series 2, with business is booming at the Penrose and Gina and Sam’s fragile friendship lasting, they are on the lookout for a new protégé in the kitchen. Unfortunately, it’s not long before the dynamics of family, love, rivalry and life start to get in the way of their tranquility. Not least when Gina’s estranged father (Franco Nero, John Wick 2) turns up at the doorstep combined with further surprises from the past and the impact of Leo’s (Iain Glen, Game of Thrones) legacy…  (4 eps.) International trailer

“Huberman is excellent… both magnetic and relatable” – The Hollywood Reporter

Led by 2017 Irish Film and TV Academy Winner and 2018 nominee for Best Actress in a Lead Role in a Drama Series Amy Huberman (The Clinic) as well as Neil Morrissey (Line of Duty, Grantchester, The Night Manager), this Irish legal drama became Ireland’s #1 new drama last year as well as one of the top series of 2017 for Acorn TV. In Series 2 Tara strikes back. Confidently now her own boss, morally challenging scenarios will push Tara and her team in their personal and professional lives. Tara and Eric’s complex relationship remains centre stage, and the arrival of Eric’s brother Sam brings added tension and intrigue. Eric will face tough personal and professional choices in this series as he investigates the increasingly dubious actions of his father, Richard Dunbar. (6 EPS)

Called a “glorious streaming service… an essential must-have” (The Hollywood Reporter) and featuring “the most robust, reliable selection of European, British, Canadian and Australian shows” (The New York Times), Acorn TV continues to curate the very best in international television and remains North America’s largest streaming service for international television. Emmy®-nominated Acorn TV adds exclusive new programs every week and features a deep library of mysteries, dramas, and comedies with no set end dates or commercials. Subscribers can stream many of their favorite international series and discover new and classic programs previously unavailable to U.S. audiences. Acorn TV is available via Apple TV, Roku, iOS, Chromecast, Android, Amazon Fire, among many other devices and offers a free trial and thereafter is just $4.99/month or $49.99/year. Facebook: OfficialAcornTV – Twitter @AcornTV

WATCH NOW: Delicious is now on the press watch site and Striking Out S2 will be added within the week. https://acorn.tv/press . Mirror to your TV via Apple TV or Chromecast. DVDs available upon request.