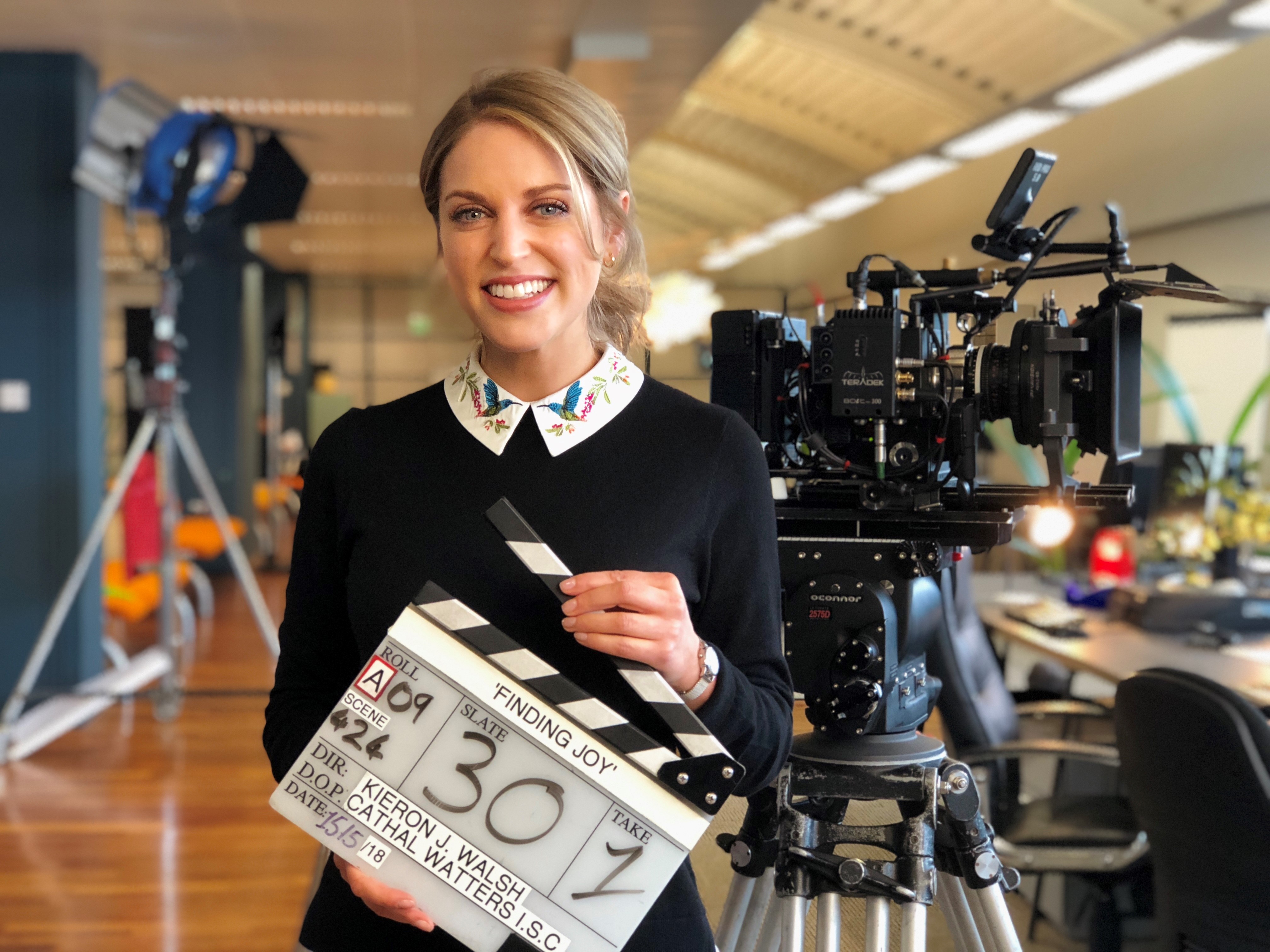 Silver Spring, MD; May 16, 2018 – Acorn Media Enterprises (AME) has partnered with RTÉ and Treasure Entertainment, as the North American co-producer of new comedy Finding Joy, created, written and starring Irish Film & TV Academy winner Amy Huberman (Striking Out, The Clinic). The six-part comedy series, which is produced by Rob Walpole and Rebecca O’Flanagan of Treasure Entertainment and directed by Kieron J Walsh, begins shooting in Dublin this month and follows a single woman, Joy, after a painful breakup who looks for happiness in all the wrong places. Acorn Media Enterprises has secured all rights in North America, Australia, New Zealand and United Kingdom and secondary rights in Ireland. RLJ Entertainment’s international division, Acorn Media International, will distribute the series in the English-speaking territories. Following RTÉ’s premiere, Finding Joy will make its North American Premiere as an Acorn TV Original on Acorn TV, North America’s most popular streaming service for British and international television, in Fall/Winter 2018. Acorn Media Enterprises (AME) is the UK-based development division for the Acorn TV brand of RLJ Entertainment, Inc. (NASDAQ: RLJE).

As our virtual lives expand to compete with reality, it often feels like everyone else has found the key to happiness in a way that eludes some thirty somethings, leading to a perfect storm of existential torture. Finding Joy explores the many amusing ways we seek happiness and fulfillment in these modern digital times by following 34-year-old Joy (Huberman), who is just trying to get on with her life after a recent break up from her long-term boyfriend, Aidan. While she is struggling to keep up a cheerful and “in control” veneer, the cracks are starting to show with those close to her worried that she is not coping. Meanwhile, her lowkey job as copy editor for a lifestyle site is uprooted as she takes over their lead lifestyle vlog, which forces Joy to try a wide variety of activities that purport to be access points to happiness and personal fulfilment. And while her style is far from slick, her vulnerability and naïve reporting style strike an honest note with her audience and Joy finds herself breaking out of her safe world in a way she never dreamed possible. Finding Joy is a warm, irreverent show with a lot of heart and laughs as Joy struggles with life, her friends and her world.

Creator and star Amy Huberman said, “I’m thrilled and excited to be starting on this adventure, Finding Joy. I’ve thoroughly loved the writing process and now can’t wait to start filming and see the world and all the characters come to life. I’m delighted to continue my collaboration with Treasure Entertainment with whom I’ve had a long standing working relationship and am thrilled that both Acorn TV and RTE are partnering with us on this venture.”

Shane Murphy, Managing Director of Acorn Media Enterprises noted, “With her screen presence as well as her friendly and down-to-earth personality, Amy remains one of the most beloved actresses in Ireland and is creating a rapidly growing fanbase in North America with last year’s debut of her legal drama Striking Out. Amy is a complete joy to be around, so we know our subscribers will enjoy spending time with her first scripted series. She has crafted a very funny and relatable lead character as well as a fun group of supporting characters. Given the overwhelming popularity of RTE’s Striking Out and Acceptable Risk with Acorn TV subscribers, we’re thrilled to co-produce another series with our friends at RTÉ.”

Justin Healy, Executive Producer for comedy in RTÉ, said: ‘Amy is naturally a very funny person, and in Finding Joy she brings that comedy gene to the fore. Her writing is sharp, witty and smart, and in this six part series she has created engaging relatable characters that will go down very well with the audience. Once again it is our key objective to support and develop Irish talent on and off screen, and with Treasure Films producing it promises to a cracker of a series. We are absolutely thrilled to be bringing Amy’s comic voice, not just to the Irish screen, but also internationally with our US production partners Acorn TV.’