Praise for the series

“Enormously engaging… (a) funny, sexy performance as a flawed hero” —The Washington Post

“This Australian noir could become the coolest show on television.” —Daily Record 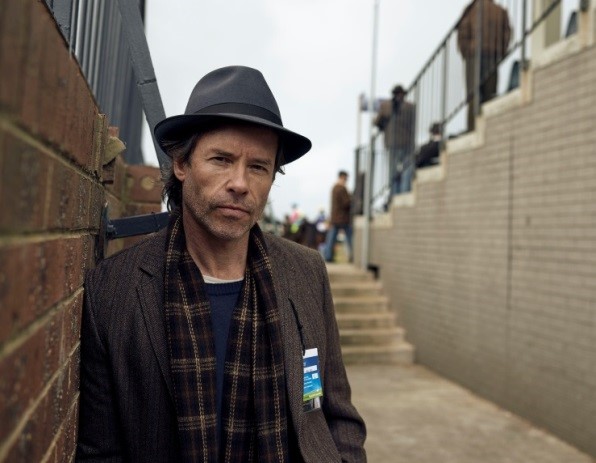 In a new six-part thriller inspired by Peter Temple’s bestselling Jack Irish novels and produced by Easy Tiger Productions for ABC Australia and with the assistance of Film Victoria, popular film and Emmy-winning television star Guy Pearce (Iron Man 3, Memento, When We Rise, Mildred Pierce, The King’s Speech) returns to his Aussie roots as Jack Irish, former criminal lawyer, and part-time debt collector, with a penchant for getting wrapped up in things he shouldn’t. Jack Irish, Season 2 will make its exclusive North American premiere on Acorn TV in early Fall 2018, closely following the Australian debut on ABC. The new season follows Acorn TV’s premiere of Series 1 (2016) and three TV Movies (2012-2014). In Season 2, Jack stumbles into the world of manipulative Pharmaceutical companies, corrupt educational institutions aimed at international students and fatal clinical trials. The apparent suicide of a foreign student triggers a chain of events that will see Jack risking his life to uncover the truth.

Shannon Cooper, Director of Programming for Acorn brands at RLJ Entertainment, says, “Guy Pearce is one of the most popular and likeable movie and television stars in the world, so we’re thrilled to continue to exclusively feature his quintessential portrayal of Peter Temple’s iconic character. With the success of its earlier episodes and films as well as series like Deep Water, Rake and Janet King, it’s a pleasure to continue our partnership with DCD Rights on another high-quality production showcasing the very best in Australia television.”

Ian Collie Chief Executive at Easy Tiger Productions and producer of Jack Irish adds, “We are thrilled to see this new series of Jack Irish heading to the US and working with Acorn TV once again (Rake and The Heart Guy also available on Acorn TV).  Guy and our team of outstanding Australian actors have done a great job in delivering the next chapter in this riveting and thrilling series which packs a punch from start to finish. We’re sure US audiences will enjoy travelling with Jack on his next adventure into the seamy-side of life: this time the world of Big Pharma.”

In Season 2, the bluebird of happiness has stopped warbling and Jack’s life has hit a new low. His body broken from too many beatings, Linda (Marta Dusseldorp) has left him, the racing world is in turmoil, his local the Prince of Prussia may never be the same again and Jack has returned to the law in the form of mundane conveyancing. That is, until he learns of foreign students at a disreputable private college dying in bizarre circumstances. His investigation leads him down a rabbit hole – and Linda to India – to unveil a corrupt and complicit government in bed with a homegrown global enterprise engaged in the literal pursuit of happiness and its very lucrative benefits.

Called a “glorious streaming service… an essential must-have” (The Hollywood Reporter) and “Netflix for the Anglophile” (NPR), Acorn TV exclusively premieres several new international series and/or seasons every month from Great Britain, Australia, New Zealand, Ireland, Canada, and other European countries with no commercials. A division of RLJ Entertainment (NASDAQ: RLJE), Acorn TV offers a free trial and is the greatest value in streaming at only $4.99 a month or $49.99 a year.