With previous seasons premiering on Hulu, the U.S. Premiere of season 5 of the universally adored BBC thriller from Kew Media Distribution is a major coup

“More nerve-shredding than Broadchurch. More twists than Prime Suspect. As a brilliant whodunit…

Is Line of Duty the best cop show EVER?” – Daily Mail

“One of the BBC’s best dramas for years” – The Independent 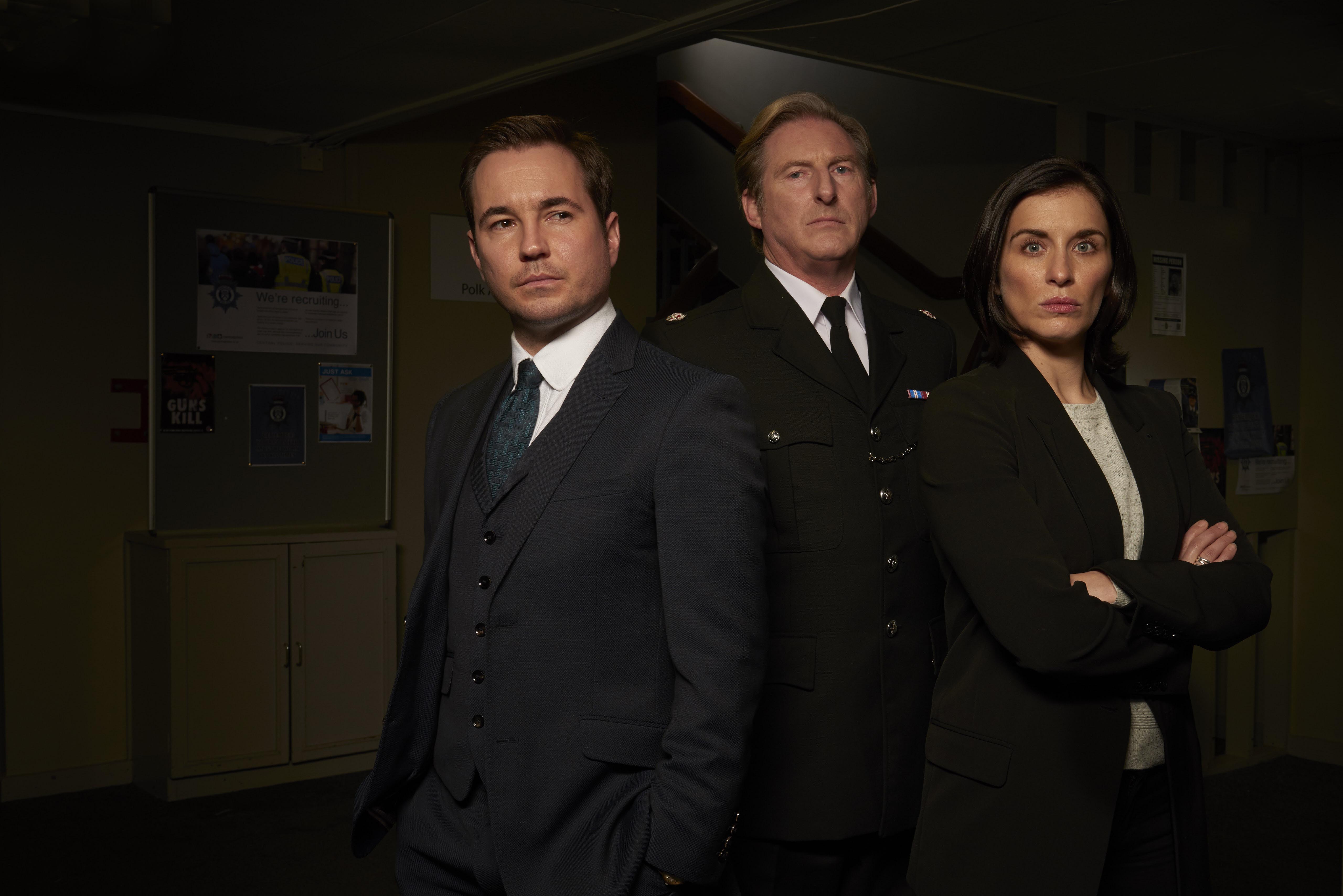 Season 4 of the BAFTA-nominated crime drama was its most successful yet. For the first time, Line of Duty aired on BBC One, where it attracted an average audience of 8.2 million viewers. Growing across its run, the series four finale was Line of Duty‘s highest-rated ever with a consolidated figure of 9.9 million viewers, placing it among the top five dramas of 2017 across all UK channels.

Season 5 marks the first time Acorn TV has featured the exclusive U.S. Premiere of the series.

Don Klees, Vice President of Programming for Acorn brands at RLJ Entertainment, said, “Acorn TV continues to rapidly grow and remains the go-to destination for the very best in British television as exemplified in our newest acquisition. Line of Duty has always been one of our favorite British thrillers as creator Jed Mercurio and World Productions continue to deliver nail-biting cliffhangers with every new season. Given Season 4’s huge success on BBC One as one of the top-rated UK programs of 2017, Acorn TV has secured a major coup in acquiring the exclusive U.S. premiere of Season 5 from our friends at Kew Media Distribution. With the addition of Season 4 on November 26, we’re excited for our subscribers to catch-up on the latest season as we await new episodes in 2019.”

Jonathan Ford, EVP of Sales at Kew Media Distribution, commented, “We’re very pleased to announce that the highly anticipated new season of one of the U.K.’s finest thrillers will make its U.S. debut on Acorn TV, which is renowned for delivering the very best in international content to its viewers. Line of Duty’s gripping storylines packed with unexpected twists and intriguing characters have firmly established the drama as an audience favorite around the world and we’re delighted to see all seasons finding their perfect home in the U.S.”

Simon Heath, CEO & Creative Director of World Productions, added, “We’re delighted that Acorn TV will be the new home of Line of Duty in the States, and pleased that Season 5 will transmit concurrently with the BBC. No spoilers!”

Season 5 features John Corbett (Graham) and Lisa McQueen (Rochenda Sandall, Girlfriends, Broken), two pivotal figures in a deadly organized crime group. Known to have links with corrupt police officers and suspected to be under direct command of the shadowy figure known only as ‘H’, Corbett and McQueen become persons of interest to AC-12 following an explosive chain of events.

Filming on Line of Duty Season 5 (6×60′) is now underway in Belfast. Produced by Ken Horn, Line of Duty‘s executive producers are Jed Mercurio, Simon Heath and Priscilla Parish for World Productions (part of ITV Studios), and Tommy Bulfin for BBC One. The series will be directed by John Strickland and Susan Tully.